Stainmore grew around the A66 which was a Roman road (there are roman remains at Brough and Rey Cross).   Later this was the main highway to London linking with the A1 at Scotch corner as it does today.  In earlier times it was necessary to protect Stainmore Pass from invaders.  The majority of inns that aided travellers have gone but you can still get a cuppa at the re-opened Stainmore Café which serves truckers. The ride from Bowes as you drop down towards Brough is spectacular with the Eden valley laid out before you.  There is no better view on a summer’s evening. 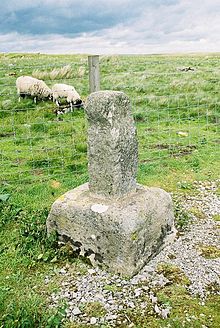 Eric Haraldsson (c. 885 – 954) nicknamed Eric Bloodaxe, King of Northumbria and Norway is said to have been killed and buried at Rey Cross but whilst Rey Cross was moved to widen the A66, his body was not found.

Prior to William Rufus deciding to conquer the area, the border with Scotland was at Rey Cross on Stainmore, William II pushed this back to the Solway Firth where the Scottish border is today and began hundreds of years of conflict, the independence question having been recently settled again.

There is a small community known as North Stainmore where there is a chapel, a school that closed in 1991 and the disused Punch Bowl Inn named after the hollow in the ground next to it.

Here you will also see where the A66 has been diverted away from the community.

Stainmore also had mines for the extraction of lead and associated minerals with coal pits at Tan Hill.  This lower grade coal and peat served the local communities for fuel until the Stainmore Railway opened in 1861 and brought coal from the Durham mines.  This also allowed for gas works in Kirkby Stephen.  Sadly, this spectacular Stainmore Railway with its massive Belah viaduct was closed in 1963 together with the linked Eden Valley Railway.  There are heritage railway companies at Warcop and Kirkby Stephen east station to visit. 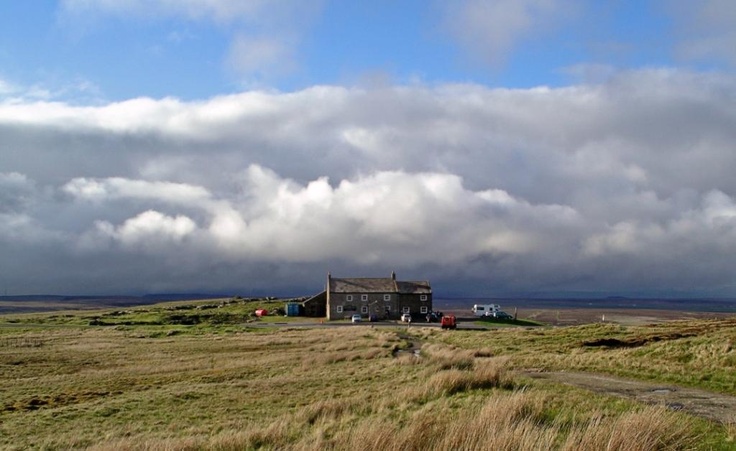 Don’t forget to visit the Tan Hill Inn. The easiest access is via Kaber. This is the highest Inn in England on the border with Durham, Cumbria and North Yorkshire. Quite an experience and they even have their own sheep shows and gatherings. If you are very lucky you can experience the northern lights. To the east of the Upper Eden villages is the North Pennines Area of Outstanding Natural Beauty and nothing is as outstanding as the moorland around Stainmore and Tan Hill.

South Stainmore is mainly a series of farms but there is a small church of St Stephen next to the old grammar school. A bequest from Sir Cuthbert Buckle (1533-1594) who became Lord Mayor of London, is responsible for the building of both.

Lord Thanet repaired and rebuilt the church and school in 1842 at the same time as the nearby Augill Castle was built. Today, this fairy-tale romantic turreted hideaway is a country house relaxed hotel.  Afternoon teas are available but booking is essential.