Brough grew up along the Great Highway when it was moved away from the castle.  This was at one time the road to London.  The extensive business community catered for passing trade until the A66 was by-passed in 1977 dividing Church and Market Brough communities. Much research has been carried out for Brough and published ‘The Story of Brough-under-Stainmore’ by Margaret E Gowling. 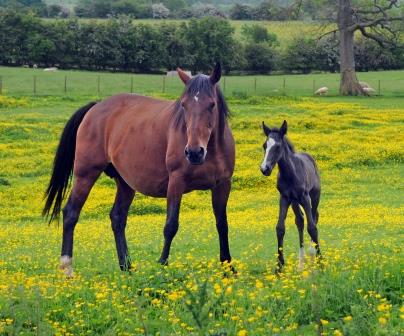 Brough had its markets and a massive yearly horse fair named Brough Hill Fair held in September which was larger than Appleby Fair.  The decline in the use of horses led to the demise of the fair, the only remnant  of which is now Cowper Day in Kirkby Stephen which was timed to coincide with the Brough Fair.

Every year in August the Brough Show, an agricultural, produce and equestrian show is held about 2 miles south of Brough, near Kaber on the A685. This is a perfect example of a small country show at which all the locals, farmers, gardeners, cooks and craftspeople display their best animals and produce. 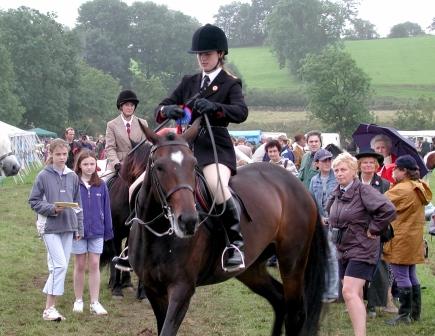 The extensive range of inns, pubs and ale houses has been reduced to the Golden Fleece and the The Inn at Brough formally the Castle Hotel.  There are a few shops, a cafe and public toilets.

To the north above Brough is Helbeck Hall with its Fox Tower, a bit of a folly built by John Metcalf Carleton in 1775 as part of the Georgian Gothic mansion.  The Tower is open to the public in early summer weekends when advertised.