Out for the day

Our area is blessed by being in easy reach of the Yorkshire Dales National Park, County Durham and the Lake District National Park and situated on the crossroads of north, south, east and west.  Here are some suggestions: 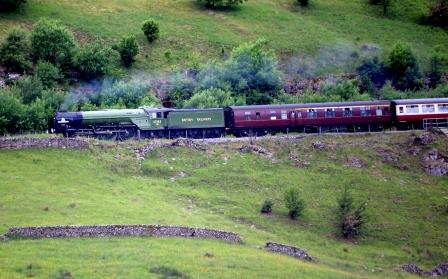 The famous Settle-Carlisle railway stops at Kirkby Stephen station 1.5 miles to the south of the town.  South from Kirkby Stephen the railway climbs up to Ais Gill summit to the highest station at Dent and on to the iconic Ribblehead Viaduct and on down to Settle, Skipton and Leeds.  To the north is Appleby and on to Carlisle. Skipton has a castle and almost daily market.  Carlisle has a castle, Tullie House Museum and other sites and everything you would expect from a city. 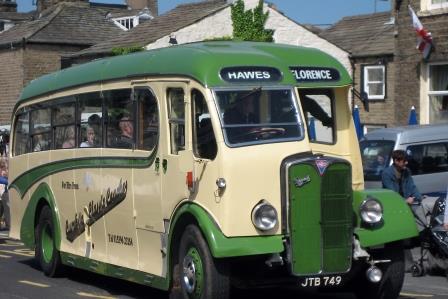 Hawes, just over the border in the Yorkshire Dales National Park, about 15 miles away, is a pretty stone built town with a museum, cheese factory and ropemakers. A Cumbria Classic Coach runs to Hawes on Tuesdays in summer when there is a bustling market in the street.

A classic coach or double decker bus also goes to Barnard Castle, County Durham on a Wednesday, and their market day.  In the summer the coach goes via Middleton-in-Teesdale for a spectacular journey over the moors.  There is a ruined castle and the Bowes museum at “Barney”.

Appleby, 11 miles away is famous for the Appleby Fair in June and the magnificent castle.  The castle is sometimes open for guided tours.  Boroughgate up to the castle and the bridge over the River Eden into the town are very pretty.  You can peep into the Alms Houses built by Lady Anne Clifford and still occupied. Lady Anne is buried in St Lawrence Church with her mother.

Kendal was our county town of Westmorland  until the boundary changes put us all in the new county Cumbria in 1975.  Naturally, local people have warmth for Kendal where they shop by preference.  Kendal is the gateway to the southern lakes.

Like Kendal, Penrith is the gateway to the northern lakes and particularly Ullswater. Rheged is an underground shopping centre, cinema and conference centre named after the Ancient British kingdom. Penrith has a selection of shops, larger super stores and has an independently run cinema. 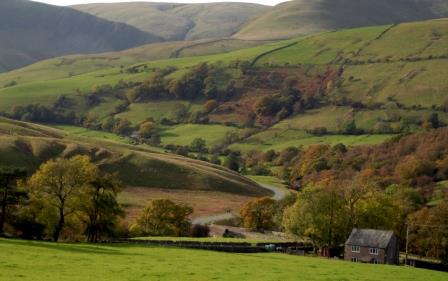 Sedbergh, to the south is in the Yorkshire Dales National Park but also in South Lakes District, Cumbria.  Between Kirkby Stephen and Sedbergh you will go through the Howgills, these hills are popular with walkers and are called ‘sleeping elephants’ locally.  Sedbergh is the home of Sedbergh private school.  Sedbergh has styled itself as England’s book town.  The town is very pretty with its narrow cobbled main street.  Close by is Farfield Mill  historical museum and arts workshops and cafe.

There are a substantial number of historic houses and gardens to visit in Cumbria.  Lowther Park, Dalemain, Acorn Bank, Levens Hall. Brougham Castle, Brougham Hall, Hutton-in-the-Forest and Blackwell to name a small selection.