There are lots of local legends and although very few ghosts we will drag a selection out for Halloween activities. 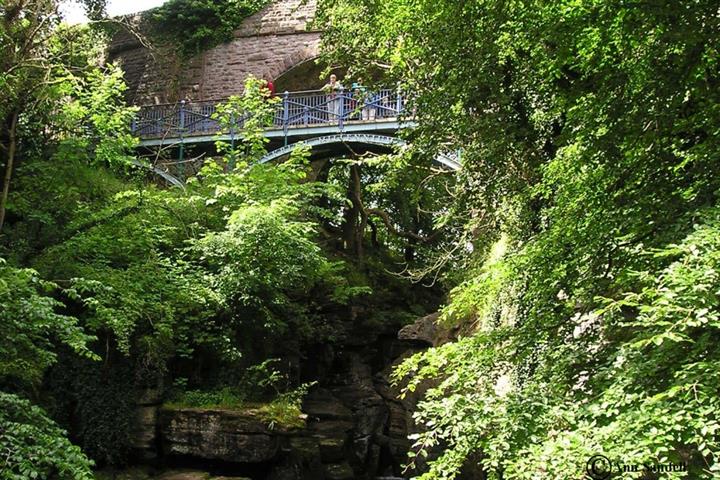 A number of local legends surround the wooded Stenkrith Park on Nateby Road, Kirkby Stephen, a lovely walk through the fields and old lanes from Frank’s Bridge or quicker straight up the road.  Under the waterfall there are a number of underground pot holes where the water churns and gives off a noise said to be the Devil’s Mustard Mill or is it the ghosts of the ancient druids. Then there’s “spanning the dub”, an old custom.

A leaflet is available on all local parks with additional information.

The original Kirkby Stephen Market Charter was granted in 1353 and renewed with a change of day from Friday to Monday in 1605.  The Market Charter is read with one foot on the Charter Stone, outside the Co-op Welcome Store in Market Street in October on a Saturday morning nearest the St Luke’s Fair a well-known sheep fair.

The Monday market is still observed today although somewhat depleted as the majority of the business has moved to the Auction Mart.  If you have never been to a livestock auction, it is certainly worth the experience of the sight, small and local dialects.  We even have horse auctions, usually four times a year, including the famous Cowper Day Fair in September.  Until quite recently horses were driven through the town to the Auction Mart on Faraday Road.   Sale fixture dates are shown on the auctioneer’s website where there is also a live web cam to see.

This is an area that drovers passed through from Scotland to England and even London markets along the Drover’s Roads.  Cattle were the most popular animal to transport by this method but so were sheep and even ducks.  The trade became popular after the Union of the Crowns in 1603 when James ruled over Scotland and England and dealt with the Border Reivers bringing peace to the region. Information of the drovers roads is available at the Visitor Centre.

Drovers and local farmers, both men and women were engaged in hand knitting of stockings throughout the Napoleonic Wars and the American War of Independence.  Wool was dished out on market day and the knitted stockings collected for transport along the pack horse routes the following week. Narrow pack horse bridges can still be seen today. This trade sustained the poorest throughout this period.  Adults and children could be seen knitting as they carried out their chores using one hand and a knitting stick.  Men continued to knit until they started being mocked by visitors which coincided with the dying trade and machine made stockings.  Kirkby Stephen later had stocking factories continuing the trade. 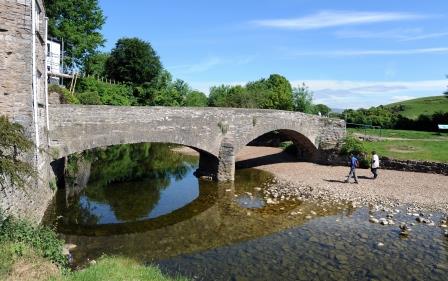 Frank’s Bridge is said to be named after Francis Birkbeck who was a brewer, first setting up alongside and then taking over the brewery next to the bridge.  Some local people dispute this theory; no doubt there will be a definitive answer in time.  There was also a Candle Factory where the Varty family perished one night in 1884 being buried in the cemetery on Brough Road with a beautiful memorial supplied by the Odd Fellows Hall members.

There are often historical tours of Kirkby Stephen to join or a party can arrange a tour through the Visitor Centre with a volunteer.

There is a Kirkby Stephen Family History Group and an Upper Eden History Society if you are stopping a while or researching your family tree.